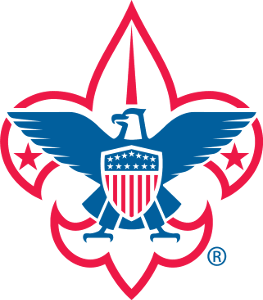 The mission of the Boy Scouts of America is to prepare young people to make ethical and moral choices over their lifetimes by instilling in them the values of the Scout Oath and Law.

The Pine Tree Council carries out this mission in central, western in southern Maine through a locally operated non-profit corporation chartered by the national council and supported by local volunteers and contributors. Our Council is divided into four districts inside of Maine, where Scouting is delivered to the local communities.

History of the Pine Tree Council

Our council was organized in 1919, and at that time was known as the Portland Council, as it only included the city of Portland. Mr. Whitman Smith was the first Scout Executive, and during his term from 1919 until 1926, the balance of Cumberland County was added and the name changed to Cumberland County Council. The council was incorporated in 1927, and the land purchase of Camp William Hinds was made to honor the late son of Charles Hinds, who was on the Board of Trustees.  Mr. Herbert "Skipper" Patrick, for whom Patrick campsite is named, became the second Scout Executive in 1927 and kept this position until 1943. During this time, there were three other councils in Maine: the Katahdin Area Council in Bangor, the Pine Tree Council in Rockland and the York County Council in the Biddeford-Saco area. This arrangement of councils left a large area of Maine with no organized Scouting. Smaller councils grew in Lewiston-Auburn and Oxford and Franklin counties.

In 1933, the councils in southern and central Maine merged to formally become the Pine Tree Council, and in 1936 the York County Council gave up their charter and joined Pine Tree Council.  Early growth records show a youth membership of over 3,200 Scouts in 1933, over 6,000 in 1948 and doubling to over 12,000 members in 1958. The Council Service Center on Auburn Street in Portland was erected in 1959 to become the official headquarters of the Pine Tree Council and was dedicated as the Niss Service Center in the 1960s to honor the support to Scouting from Bill Niss.

On my honor I will do my best to do my duty To God and my country and to obey the Scout Law,
To help other people at all times,
To keep myself physically strong, mentally awake, and morally straight.